Can High-Tech Condoms Protect You From STDs? 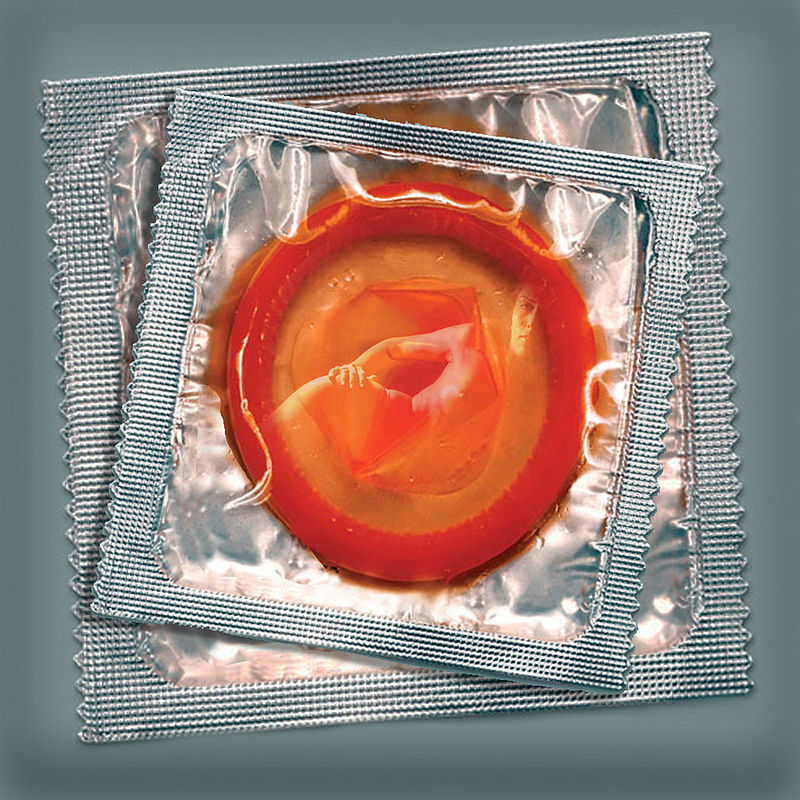 Men who avoid wearing condoms may have a new incentive (beyond the really obvious one) to put one on before engaging in any sort of carnal activity.

Daanyaal Ali, Chirag Shah, both 14, and Muaz Nawaz, 13, won a TeenTech award for their concept called S.T.Eye. The young trio hopes to create a condom that changes colour when it detects a sexually transmitted disease, according to the BBC. The idea, which is still in the concept stage, involves a condom covered with antibodies that would react with the proteins in bacteria, or antigens, found in various sexually transmitted diseases.

The students told the BBC that the color change would work on both sides of the condom, with different colours for different STDs – green for chlamydia, purple for genital warts, blue for syphilis and yellow for herpes.

“It prevents [people] from getting embarrassed going to clinics, and [lets them] find out in the privacy of their own home,” Chirag said.

The idea was developed as part of a Shark Tank-style competition in their school.

“We were searching the internet and we came across a Reddit post called 20 Things That Should Be Invented, and it said a colour-changing condom. We decided to add the twist of reacting with an [STD],” Muaz said. “We never thought we would pitch it, we thought we would get in trouble. Even though it’s a serious topic, [we were worried] some people would think we were taking it as a joke.”

A Bunch of Soft, Customizable Pressure Buttons in CSS