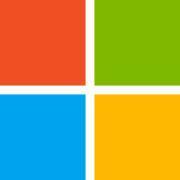 Microsoft took a lot of negativity from users regarding their last software update but CEO Satya Nadella is keeping his hopes high for the release of Windows 10.

“While the PC ecosystem has been under pressure recently, I do believe that Windows 10 will broaden our economic opportunity and return Windows to growth,” Nadella said according to Geek Wire.

He also promised the “widest range of Windows hardware for the upcoming holiday season.”

It was recently reported that Microsoft’s cloud is on pace to grow into a $20 billion business and it looks like that success along with his bold predictions for Windows 10 is making for a very good 2016 for the company.

“In addition, Nadella said the company will ‘significantly reduce’ its operating losses from phones as a result of narrowing its focus in that part of its business, including the recent write-down of $7.5 billion from its Nokia smartphone acquisition,” according to Geek Wire.

“We are confident that these are the right levers to revitalize Windows and restore growth,” he said, according to the report.

Those anticipating the release of Windows 10 won’t have to wait too long as it’s scheduled to be released next week along with new features that include Cortana and game streaming from Microsoft’s Xbox One to any Windows 10 machine, says Todd Bishop. Nadella should be watching closely to see how users take to the all new redesigned Windows 10 and its features.