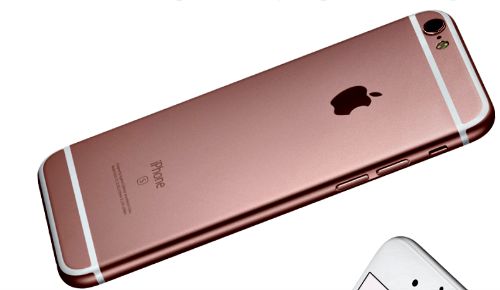 Whenever you had an iPhone migrating carriers was practically an impossible task which kept you in the clutches for years if you were a constant iPhone consumer. Now, reports are claiming that the iPhone 6S and 6S Plus from Apple is doing away with that practice slowly but surely.

“When Steve Perlman looks at the latest iPhones, he doesn’t see the newfangled 3D Touch interface. He sees the fine print that lists all the wireless spectra these phones can talk to,” according to Cade Metz of Wired.

“The list is long, and it includes Band 39, the spectrum used by the unusually powerful wireless network Perlman and his company, Artemis Research, are building in the San Francisco Bay Area.”

AT&T was the first carrier to gain a contract with Apple garnering them exclusive rights over the distribution of iPhones and service plans. For that period of time users were subjected to pay whatever costs were associated with AT&T if they wanted to use an iPhone. Now, more carriers are gaining access to iPhones and the new iPhone 6S and 6S Plus is being built to support multiple bands all over the world.

“If you’re not paying Verizon a monthly fee for your phone, you can switch to T-Mobile or Sprint or AT&T,” according to Wired.

“They’ve opened up the floodgates,” Perlman says of Tim Cook and company.

“The rub is that switching carriers in this way often requires a new SIM card, that thumbnail-size wafer that slips into the back of your phone. But this will soon change too. Apple already offers a multi-carrier SIM in the iPad, the ‘Apple SIM’—a SIM that lets you change carriers without any hardware changes. You simply tap the change into your touchscreen. Eventually, this kind of SIM will come to the iPhone as well.”

It’s pretty impressive technology and one cell carriers might have to prepare for by altering the way mobile devices are distributed along with the charges.