Haven’t thought about Drupal in a while?  You’re not alone.  But you might be surprised to know that even though the juggernaut that is WordPress is still #1, Drupal is #2. 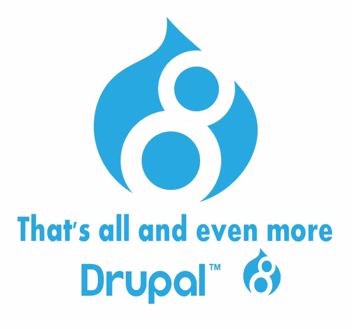 And sure, WordPress is bigger by a factor of 20, but ignoring that fact completely, Drupal is still important.  It is still the go to open-source CMS for anything that is more complicated than a blog.

About a week ago, Drupal.org released 7.38 and 6.36, and it leaves us with one important question, where is Drupal 8? Websites and blogs have been chatting about the release here and there, but apart from some hints, Drupal 8 is still in pre-beta.

Most CMS aficionados know that you don’t update your site to the latest version of Drupal until there is about 18 months for the modules to catch up.   But at this rate if they launch it soon, we’re looking at 2017 before most users will start to install Drupal 8.  And according to just about everyone, Drupal has been on a steady decline since 2011.   Drupal 8 is slated to be more inclusive, more PHP native and less confusing for everyday users.  Which means it could be prime for a comeback.

However, if the coders who are working on it don’t release it into production soon, it could spell the end for Drupal. It will still have it’s loyal users, but it will never give WordPress a run for it’s money just like in the old days.  Drupal has a major advantage in that it remains true to the open source aspect of what it represents, where as WordPress is a real company.

So I guess we’ll continue to sit patiently.