Ways To Properly Protect Your iPhone 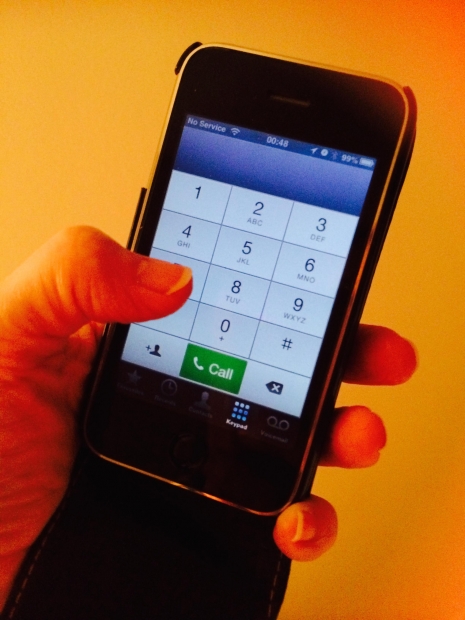 We’ve all been in the position where we are reaching for our cellphones and it’s just not there. You took your eyes away from it for one minute and now it’s gone. Your photos, videos and other personal information is now in the hands of someone else, however, CNET outlines security steps that could save your information and keep it private.

CNET‘s Matt Elliott briefly lost his phone during Thanksgiving weekend and though it wasn’t too far away, he told his readers that he learned six ways to make your iPhone more secure in the process. A few of them won’t be new to users but then again maybe they all will. The point is, you can never really be too safe anymore and it would be in your best interest to follow a couple of these steps if you’re an Apple fanatic and have your entire life stored in your cellphone.

Elliott suggests using a passcode, disabling lock screen options, make your iPhone lock sooner, disable the control center on the lock screen, turn on find my iPhone and setting up a two-step verification process for unlocking your phone.

Setting up a passcode is probably the most elementary step next to making your iPhone lock faster. It’s important to remember to choose a series of numbers that cannot be easily guessed by someone who might want to break into your iPhone.

“Even if you have a rock-solid passcode, a nefarious individual can still get into your phone via the lock screen. In her efforts to be helpful, Siri can share too much information from the lock screen, freely displaying personal information to whomever finds your lost phone,” according to Elliott.

“If this thought scares you, then it’s best to disable Siri from the lock screen.”

We’ve seen hacks where researchers were able to dive into your iPhone simply through voice commands and Siri. The same goes for the lock screen control center. With a swipe and a few taps, your phone can easily be unlocked without ever having to enter the passcode. These steps as well as those not elaborated on here may seem minuscule, but could make all the difference if your phone gets into the wrong hands.