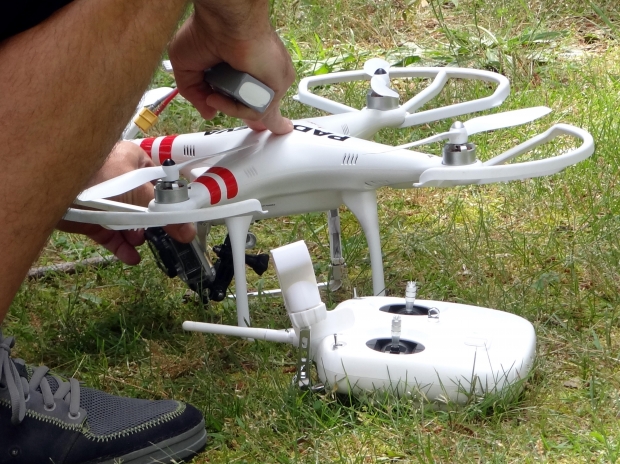 After Hacking Team had their own systems hacked, it exposed a world of cyber wrongdoing and now it looks like the team of hackers were also using drones to aid in Wi-Fi based hacking software that could cripple computers and mobile devices.

“The capability, marketed as part of the company’s Remote Control System Galileo, was shown off to defense companies at the International Defense Exposition and Conference (IDEX) in Abu Dhabi in February, and it drew attention from a major defense contractor,” reported Ars Technica.

“But like all such collaborations, it may have gotten caught up in the companies’ legal departments.”

The “Tactical Network Injector” is the name of the hardware that injects Wi-Fi networks with malicious code but the biggest red-flag among all of the TNI talk was the fact that it could be transportable by drone according to the report.

“The mini-TNI, marketed at IDEX as ‘Galileo,’ drew the attention of a representative from Insitu, a subsidiary of Boeing that builds small unmanned aircraft systems including the ScanEagle and RQ-21A ‘Blackjack’ UASs used by the US Navy,” according to the report.

“Giuseppe Venneri—an Insitu intern and a graduate student at University of California, Irvine—was tasked with contacting Hacking Team’s key account manager Emad Shehata, following up on a meeting at IDEX.”

The company said they saw potential in integrating Hacking Team’s Wi-Fi hacking capability into an airborne system. They also expressed interest in starting a conversation an engineer have an in depth look into the “payload capabilities including the detailed size, weight, and power specs of your Galileo System,” according to Venneri’s letter to Hacking Team.

Insitu might have been trying to avoid any liability by using an intern rather than one of their employees but that remains to be seen in the investigation.  Boeing is continuing to succumb to an investigation in the matter.