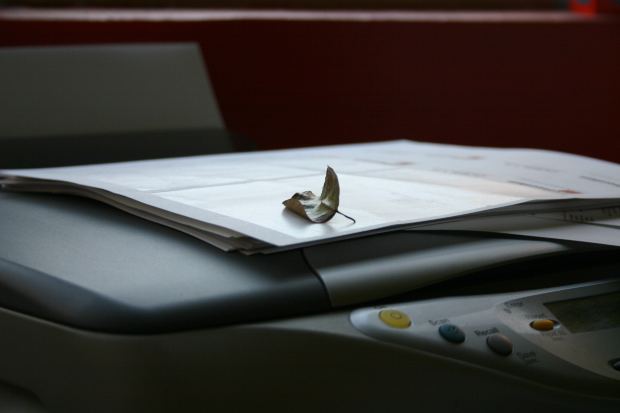 A printer is just a printer right? Wrong. A researcher is taking it back to the Cold War days after he figured out how to turn a laser printer into a covert radio.

“During the Cold War, Soviet spies were able to monitor the US Embassy in Moscow by using a radioretroreflector bug—a device powered, like modern RFID tags, by a directed radio signal,” according to Arstechnica.

“But that was too old school for Ang Cui, chief scientist at Red Balloon Security and a recent PhD graduate of Columbia University. He wanted to see if he could do all of that with software.”

Funtenna is the result of Ang Cui’s curiosity. It’s an intelligent software program that turns any computer powered device into a “radio-backchannel” that would be able to broadcast data. Even more impressive is the fact that the device being hacked doesn’t need to be on a Wi-Fi connection, Bluetooth or any wireless communication channels for that matter. This way the software flies under the radar of monitored channels robbing data without a peep.

“Cui has previously demonstrated a number of ways to exploit embedded systems, including printers and voice-over-IP phones,” according to the report.

“In 2012, he demonstrated an exploit of Cisco phones that turned on the microphone and transformed phones into a remote listening device.”

Cui used seven lines of code to transform the laser printer into radio transmitter and was able to successfully test the hack on the cheapest laser printer he could find.

“Cui was able to turn the printer into a radio transmitter by simply leveraging the electrical properties of existing input and output ports on the printer,” according to Arstechnica.

“By rapidly flipping the power state of general purpose input/output (GPIO) pins, Pulse Width Modulation (PWM) outputs, and UART (serial) outputs on a Pantum P2502W laser printer—’the cheapest laser printer we could find,’ Cui said—the Funtenna hack was able to create a modulated radio signal as a result of the magnetic fields created by the voltage and resulting electromagnetic waves.”

What Cui did was use coding skills along with the scientific knowledge of electrical properties and radio waves to create a very unexpected hack.