Control Tangible Objects in An Augmented Reality With An App 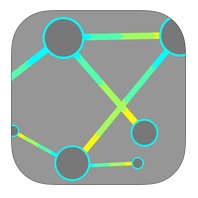 What if you could change the way some of the “smart objects” or “smart appliances” work in your home? An MIT researcher by the name of Valentine Heun wants to make sure that all of the fun you have in purchasing a smart object isn’t expensed after opening it up and setting it up. He is working to develop a way to change the way these objects work through an app called Reality Editor.

“Heun is a researcher at the MIT Media Lab’s Fluid Interfaces Group where he’s building an app that he hopes will effectively turn the one-dimensional objects in our lives into a library of parts whose functionalities can be mixed and matched via an augmented reality interface,” according to Wired.

“If that description sounds confusing, that’s because it sort of is. The app’s name, Reality Editor, hints at its wild ambition, which is— plainly put—to reprogram the physical world.”

Heun’s app doesn’t actually work with products but does allows your smartphone to obtain functionalities and aspects of the product through Open Hybrid technology. Rather than being bored with the products you buy you can further explore them and find ways to make them work better for you or how they can work simultaneously with other household objects.

“As we add more ‘smart’ objects into our lives, we’re becoming increasingly detached from the physicality of them,” according to Wired.

“For every doorknob and smart bulb installed there’s an app with dropdown menus that comes with it. ‘It becomes very crowded and very complex,’ he says. Poking around apps to dim a light doesn’t make your life easier—in fact, when you compare it to the ease of flipping a switch, it actually makes it harder.”

It’s an interesting concept that still has quite the ways to go but should be a gamer changer once it comes to fruition.