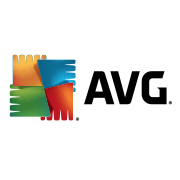 When you decide to embark on a relationship with an anti-virus software, the last thing you think it would do is expose your personal data and internet history. However, it looks like AVG’s “Web Tuneup” software had a very big security lapse, which has since been fixed. The only question is, how many users have gotten their information stolen because of the lapse?

“It turns out the software also exposed your browsing history and other personal data to any would-be hacker who knew how to grab it,” according to CNET.

“The problem has been fixed, but it’s unclear how many of the 9 million people who use the software might have had their information stolen.”

When the potential amount of those infected is in the millions it makes it all the more eye-opening. That being said the company did act pretty fast and it was taken care of in a professional manner.

“AVG confirmed the flaw and said it created a quick fix. ‘As soon as we were highlighted to it, our first and foremost priority was to get a fix to market,’ said Tony Anscombe, who helps manage security at AVG,” according to the report.

“He added that AVG’s core antivirus software wasn’t affected and that the company is reviewing its processes to ensure its software is safe.”

A few days before the New Year and even anti-virus software is showing security holes. It’s almost at the point where you can really be sure who to issue the blame to. Is it the users fault for not taking the proper steps towards securing their information or could it be the companies who aren’t being responsible. Whatever the issues may be once the New Year turns the focus on security should be heightened in 2016.