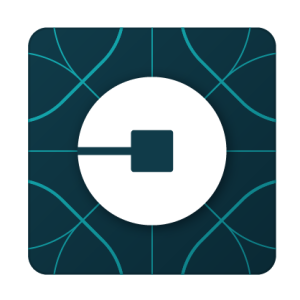 Uber has now become a transportation giant spreading through the U.S. and even overseas. It’s a new hip way to travel and well, drives actual Taxi drivers pretty crazy. While the company is still successful and raking in the big bucks, it has come time for a makeover. Uber recently unveiled their big rebranding plan complete with a new Uber Rider icon.

The Uber app icon and logos will be getting a splash of color that really enhances the look over the much simpler black and white designs.

“Gone is the app icon with the black ‘U’ and in its place is a circle with a square in the middle, set on a colorful background,” according to GeekWire.

“The square is meant to represent the bit — a nod to Uber’s technology. The colors and patterns being introduced to the branding represent the atom — the people and things that Uber transports and the places where it operates.”

Uber has also updated their type face by annexing the curves on the lettering. The company is going for a more mature look without sacrificing it’s overall appeal to the eyes of users.

“The unique aspect of Uber is that we exist in the physical world,” wrote Uber CEO Travis Kalanick in the blog post announcing the changes to the companies design.

“When you push a button on your phone, a car moves across the city and appears where you are. We exist in the place where bits and atoms come together. That is Uber. We are not just technology but technology that moves cities and their citizens.”

When your company is in 400 cities and 68 countries it can’t hurt to give the company branding a fresh makeover.

Is Tech Relatable to Politics?