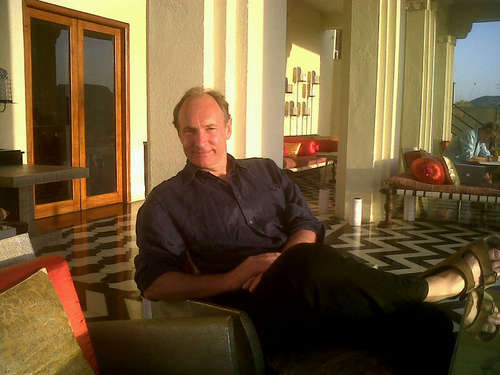 Today marks 25 years since the creation of the first website built by Sir Tim Berners-Lee. The total amount existing today is still up for as there are just estimates floating around in the billions. It’s a pretty large benchmark in the tech community and there has been a lot of growth from the early days of development.

“On December 20, 1990, a Fellow at CERN, Tim Berners-Lee, had been noodling around with ideas for getting hypertext documents onto public networks so that researchers around the planet could share information,” according to The Register.

“He called it the World Wide Web, and he was given a NeXT workstation to develop his system.”

What’s even more interested is the first sit ever invented is still hosted through this link. Once you visit the page you can see that compared to some of the most outlandish and extravagant sites out there today, it looks pretty basic, as it should for that era.

“To call the website basic is an understatement, but it did spread the word about the WWW’s protocols,” according to the report.

“Crucially, the project’s designs were published openly along with the source code for servers and browsers, allowing anyone to set up on the web without having to pay a penny in royalties or licenses.”

Whether it’s simple or not, it started the age of connectivity and informations access and sharing. It is now a vital part of every human beings life and added technology has been able to come out of it.

“It’s probable that this was the biggest boost to mankind’s ability to share information since the invention of moveable type. Now there are websites for everything and anything,” according to the report.

The internet or World Wide Web is now the gateway into cultures, history, overall information as well as global marketing.